What We Learned from the Google Performance Summit 2016

The 24th of May signalled the 2016 edition of Google’s annual Performance Summit. A usually exciting date in the calendar as we get to learn a little bit more about the state of the search engine giant and where it may be headed in the near future.

This year was no different as we were introduced to several upcoming big developments to Analytics and AdWords. All of this at a similar time that we were given an ever so slight insight into exactly how many Google searches are handled on an annual basis.

“Trillions” of Google Searches Each Year

It’s been four years since we were told that around 1.2 trillion searches were performed annually, a figure that was more or less repeated as “three billion searches per day” in 2015. We’ve now been informed that Google is dealing with “trillions” of queries annually.

“Trillions” doesn’t give too much away but we are looking at a minimum of two trillion. It could be considerably more or it could be two-trillion-and-one, we don’t really know. We do know however that search continues to grow and that’s in no small part to the mobile phenomenon.

Over half of all search queries are now carried on a mobile device which is in keeping in trend with the growing mobile market over the last decade or so.

One of the biggest changes to AdWords is the ability to target certain devices, splitting AdWords into distinct desktop and mobile groups. This will allow advertisers to focus on different devices and have different bids for desktop, mobile and tablet ads.

Google also announced dynamic responsive display ads which will resize to coincide with content, built with only headlines, descriptions, images and URLs. 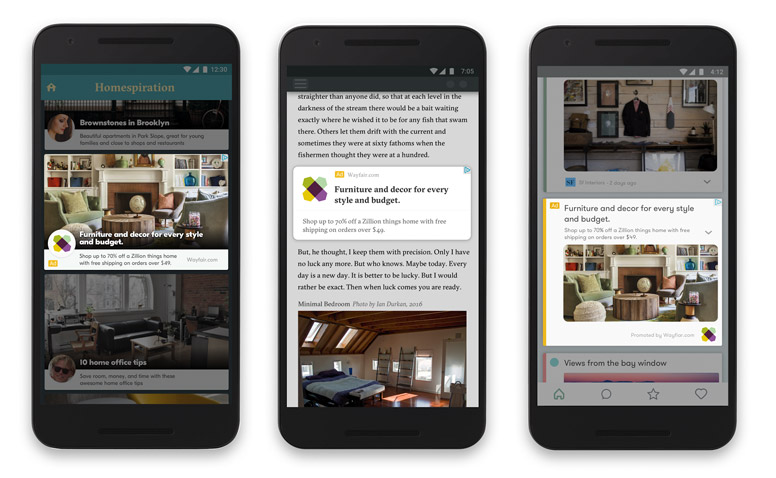 The AdWords redesign is in full development and a cleaner, easier to use and navigate system should be ready well before the end of 2017. Functionality will remain the same but useful changes will be brought into action.

An “Overview” screen will display a dashboard view of campaigns, ad groups and ad levels. The usual Clicks, Conversions and other metrics will stay the same and simplified “Keywords”, “Negative Keywords” and “Search Terms” options will display at the top of the page without any non-keyword related navigation options being in the way.

Unfortunately, you’ll likely have to wait until the AdWords redesign is rolled out to see it in action. Google has said that there will be no open beta and will be outreaching advertisers for testing without any method of getting yourself on the trialling list.

Local search now makes up a third of all queries and with mobile now accounting for the majority of searches, a new Promoted Pins initiative will soon be with us which will allow advertisers to display branded pins and different content types depending on the nature of the business and the search query including inventory, promotions and discounts.

Small business vendors will be able to take advantage of this in the near future but will likely require more attention due to accuracy and scalability challenges. The answer may have to be in the form of hardware and it is also worth noting that you would need to use local extensions to be considered.

Promoted Pins coincide with Google’s latest claims that local mobile searches are the fastest growing of all queries with as much as a 50% increase in growth rate than other types of mobile searches.

With many new features set to be rolled out, it remains to be seen where they will actually take us. The proof will undoubtedly be in the pudding and the facts will lie in the testing of these features.

Until they’re readily available though, all we can do is wait and see what else Google will throw our way in the future.