How Psychology Can Influence Purchasing Behaviour

Having a basic understanding of marketing psychology & behaviour can greatly improve marketing performance and create a basis for new marketing strategies. As most purchases are usually made on impulse, the ability to influence consumer behaviour through subtle cues can make a world of difference on how your marketing campaign will perform.

Social Proof, also known as “Informational Social Influence”, refers to the phenomenon where a person (in this case consumers) unable to discern the proper etiquette for a certain situation will look to imitate other people, with the assumption that the surrounding people possess more knowledge about that situation. The social proof theory there suggests that people will adopt the beliefs of a group of people that they feel they trust.

Most marketers should be familiar with the theory, as scepticism is what activates the mechanism of social proof, and as marketers we want customers to participate on our marketing campaign and lead to a conversions.

A perfect example of this effect in action on consumer behaviour is the reviews platform on Amazon. Up to 93% of consumers confirmed that reviews impact their decisions and more than 85% trust reviews as much as a personal recommendations. On the under hand, a single negative review can affect up to 22% of potential customer and 3 negative reviews can affect more than 59% of new users.

Humans, being social creatures, will look to other people’s opinion when faced with uncertainty. So by including the reviews as part of the marketing strategy, whether negative or positive, on important landing pages can increase the creditably of a brand or page and can lead to more conversions.

The ability to make a choice between one option and another helps fulfil the need for autonomy, however, recently behavioural researchers have discovered a phenomenon called “choice overload” or “over-choice”. This phenomenon occurs when consumers or users are presented with too many options and are unable to make a decision. This behaviour has been known to have negative behavioural, psychological & emotional effects. The cumulative effects can induce behaviour paralysis, which is when an individual is faced with too many options, leading them to be decisive & completely unable to make a decision.

However, by reducing the number of options available to the consumer you can alleviate consumers’ perception of risk and increase the likelihood of a purchase or conversion.

Everyone is naturally risk averse, and marketers have realised that exclusivity (whether real or perceived) increases demand for their products. They understand that the fear of missing out on being part of an exclusive group drove the value of their products up. To do this, most companies will tend to cultivate an aura of mystique about the product being launched to generate interest.

A major company that has perfected this technique would be Apple, with the recent launch of iPhone X. As soon as the IPhone X was announced, nearly all available units were pre- sold almost immediately, creating a scarcity and exclusivity and generating further interest in their products. Within a month there were rumours on all the tech blogs that there could be up to a 6 month wait for users who had pre-ordered their iPhone. This was done just before the holiday period, which resulted in apple increasing its revenue by 12% from the previous year.

So with the blogs & news sites reporting on the shortage of the new iPhone X devices due to issue with their suppliers, Apple managed to create an illusion of scarcity, which resulted in demand for their products as consumers found them desirable and didn’t want to miss out on the available units.

Colour is such an omnipresent part of everything we visually experience that it comes as no surprise that colour can influence perceptions and decisions, hence the term “colour psychology”. Colour psychology can be described as the study and understanding of different hues and their psychological effects.

Recent studies on the effects of colour on consumer behaviour have concluded that 93% of consumers cited colour as the primary reason that they chose to buy a product, 6% looked at the texture and 1% decided on the smell. The study suggested that sub-consciously, when making snap decisions about and environment and products, up to 90% of that assessment was based on colour.

Thus by incorporating certain hues into your design & marketing campaign, you can alter the emotions that the consumer experiences when associating with your products or service. For example, according to Colour-wheel-pro, the colour white is associated with simplicity, coolness and cleanliness. This could be in ideal colour to promote high end products, and a company that has adapted this concept is Devialet, a high end speaker maker. The emotions elicited by their colour choice translate into the emotions consumers associate with their products. 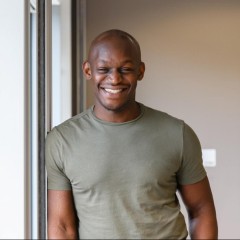 Fred has been working at Kumo since 2017, in paid marketing. As a PPC Marketer, he is responsible for implementing and overseeing PPC campaigns for Kumo's clients, on paid marketing platforms such as Google Ads and Bing Ads.