How to Write a Press Release

Press releases are an effective way of spreading the word about your business. They’re generally used to promote new services or products you have to unveil or perhaps for a company that’s only just opened.

Often, they’re written and pitched to local newspapers and other publications in order to ensure as many people in the area know about what it is you’re trying to advertise. Doing this will bring in new customers and produce new leads that you might not have had without the publishing of a press release.

In this article, we’ll be detailing some tips for writing the ideal press release together with how this particular marketing tool can further benefit your business.

Tips for writing a press release

With that in mind, here are a few tips for writing a press release:

The story should be newsworthy

Before you sit down to write your press release, you should firstly think about all the things you like to watch, listen to and read about; what do you find interesting? Most of the time, we’re drawn to news stories and other articles that are about things we’ve never heard about before.

Other times, we’re drawn to content that’ll help to solve our problems or even topics we might find surprising or even macabre and so you should keep these things in mind before writing your press release.

If you’re still finding it difficult to write about something that others will want to read, then you might try asking yourself a few questions, such as:

If your answer to any of the aforementioned is ‘no’, then you might want to think about taking a different perspective or perhaps consider writing about a whole new subject, product or service to write about. If you can’t do this, then you should look to postpone writing your press release until you’re able to answer yes to all of the above questions.

Make sure the headline is attention-grabbing

When pitching a press release, it’s important that yours stands out among the rest. Journalists get hundreds of requests everyday from businesses wanting to do some promotion in the form of a press release. If your headline or strapline grabs people’s attention, then they’ll be more likely to open it up, give it a read and display it for you in their publication.

Don’t try to be clever when it comes to headlines because they can quickly be overlooked. This is mainly because everyone will be doing the same thing and so before you know it, the majority of the content a journalist will receive will read the same – nothing new or interesting about that, really.

Your headline and/or strapline should outline, very briefly, what the whole press release is about. If the journalist you’re pitching to doesn’t understand what the content is about, then it’s likely that your press release won’t get past their inbox.

Get in all of the five W’s

Journalists are keen to get in each of the five W’s: who, what, when, where and why. These are generally included in the very first paragraph of the press release. It’s a technique designed to be as informative as possible to keep people reading further. If the journalist you’re pitching to has to read streams of text to get work out what the five W’s are, then your press release won’t get very far.

Think about the first paragraph as a news bulletin. News presenters generally have between 6 and 10 seconds to introduce a story. By the time they’ve finished and they’ve cut to their reporter, you know roughly what’s happened, where it’s happened, why something has happened and who, generally, is involved – perfect for the first part of any press release, no matter what it’s about.

Include quotes in your press release from relevant people, mainly those who work in your business with you. However, a common mistake when including quotes in press releases is that they provide more information on top of the content that’s already been given.

The whole idea of including quotes is to provide insight; it gives relevant people the opportunity to voice opinions rather than bombard the reader with technical jargon or specialist language. It helps to give your press release a voice, coming from a real person, which will also help to build a rapport.

How can your business benefit from press releases?

There are many ways in which your business can benefit from a press release, including:

If you’re looking to have a press release written for your company, or if you’d like further information about how we can boost traffic to your site via our specialist SEO and content services, get in touch with a member of our professional team today – we’re always happy to hear from you! 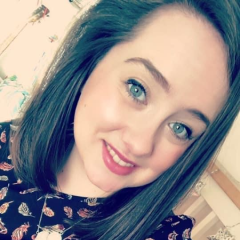 As an experienced Copywriter, Lorna enjoys creating varied content for an abundance of different industries and sectors. From detailed, informative articles to creative infographics, she's always looking to inject originality into the work she produces. When she isn't working, Lorna runs her own lifestyle blog, plays the guitar and loves to take part in charity runs.